As a part of the HSBC Dubai Festival 2011 the Penguins were out on hand to delivery coaching to support the festival over the 2 days and also linked in some schools visits on the same trip.

The festival held at ‘The Sevens’ ground was for up to 2000 kids aged between 5 and 17 from across Dubai and the UAE, and also included 2 teams from Russia. The two Penguins coaches Gordon (Sesh) Henderson and Ben Fisher were there to offer a range of coaching on an open invitation basis at any time throughout the 2 day festival.

The first day was mainly with the younger aged children looking at fun TAG based games and skill challenges to entertain the kids between their games. The second day was more about coaching the u9 – u11 aged players where the local coaches would bring along their whole team and the Penguins would cover a short coaching session on any highlighted areas. The Penguins also helped with warm ups for the players when they were preparing for their games.

The Dubai Exiles under 18 had a coaching session prior to their first game where Sesh and Ben delivered a lineout and phase play session picking up on technical detail which helped them in their tough games v the Russian club and also the other local Dubai team of the Hurricanes. The local coaches were very interested in learning from the Penguin coaches and have now some new ideas to work on for the rest of the season.

The following day the Penguins coaching academy met up with local development officer Ghaith Jalajel who had organised for us to visit two local emirate schools who were going to be involved in a local TAG rugby festival later that week. The first school of Al Maktoun were quite new to rugby and the coaches focussed on evasion games with an introduction to passing. The school only has a sand based playing area but despite this a great deal of fun was had by the 30 players aged 12 – 14.

The second school was a return visit to Al Ahmadyah who were the successful winners at the last TAG school competition run by Ghaith. This session was alot more games focused and Sesh found coaching through the games most successful. The surface at the school was alot better and the teacher was excellent at helping with the organisation and translation for the players. Again there was about 30 players who all went away happy with a HSBC visor and a Penguins badge. The trip was nicely capped off with Ghaith taking us for a traditional local lunch and sharing many stories and thoughts about how to drive rugby forward in Dubai.

Thanks to Ben, Steph and Mike at Fasttrack for their help and guidance during the week, Declan from the Dubai exiles for his running of the festival and also Ghaith for arranging the school visits. 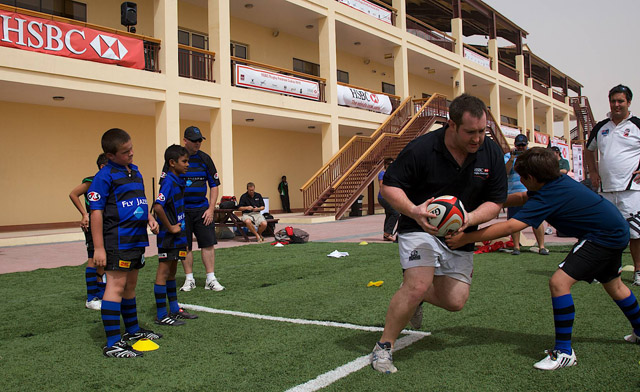 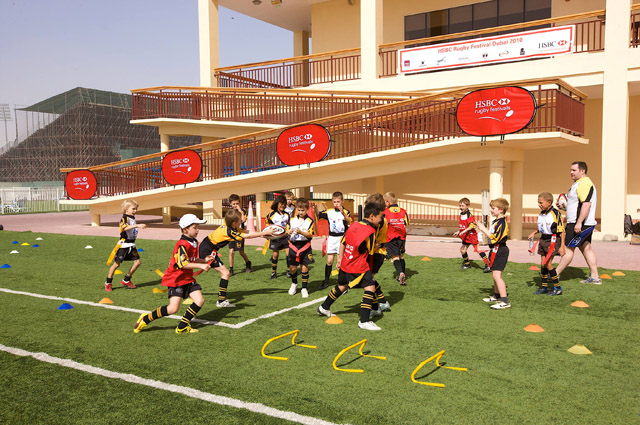 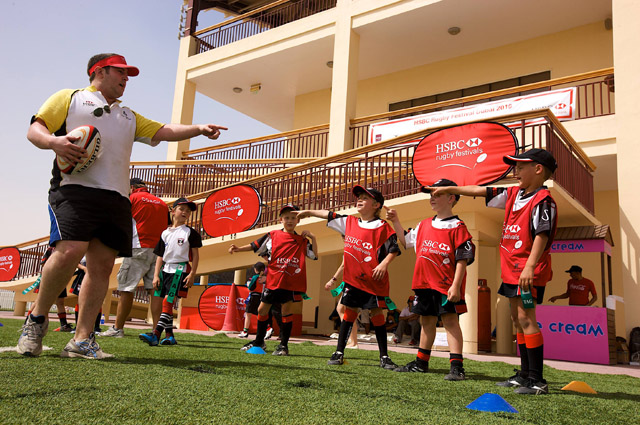 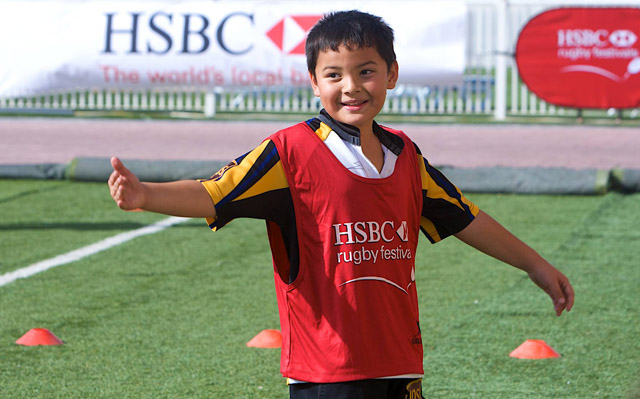 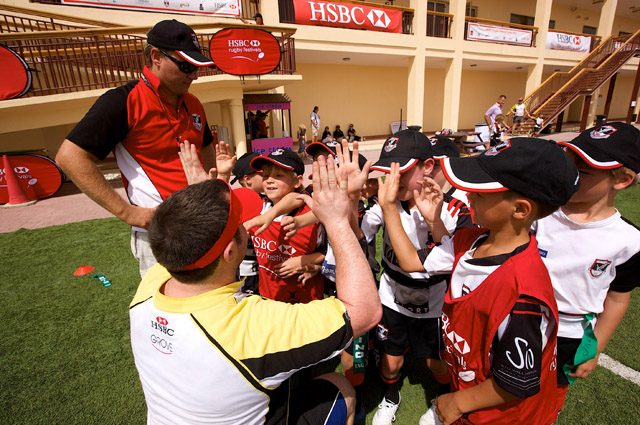