The HSBC Penguin Coaching Academy was in Dubai in the week leading up to the first leg of the HSBC IRB 7s, to help promote the abbreviated game in schools, and to operate the ‘TRY Rugby Zone’ within the HSBC Premier Suite and stadium fan zone.

The Penguin coaches, Ben Fisher, Alex Edmonstone, and Neil Young, held sessions at a local secondary school in Al Ahafee, with a focus on fun, evasion-games, and using passing to beat defenders, and later at Al Ahmadyah school.

At Al Ahmadyah, the players were more advanced, and tackling was introduced at the request of the local Development Officer, Ghaith Jalajel. The players were very receptive; listening carefully to the key coaching points for correct, and safe, technique, and eager for game-related practises in which they could try live tackles.

Next stop - a British secondary school, Al Khubairat, in Abu Dhabi. Ex-England star, former Penguin player, and HSBC guest, Josh Lewsey, assisted in the coaching. At Al Khubairat School, a rugby programme has been developed under the guidance of Lyn Jones, former Ospreys professional coach. Following a Q&A session with Josh for the U9s and U11s, Penguin coaches held a session for each age group. The U9s focused on fun, skill-related games, and the U11s on game decision-making, through identifying space and attacking into it with numbers.

Rounding off the day, Josh spoke with the senior school's 7s team, which was to compete in the schools' tournament linked to the IRB Dubai 7s. Pre-match preparation, nutrition, warm-ups, and mental preparation were discussed, followed by a practise warm-up for use at the tournament.

Thursday saw the TRY Rugby Zone set up, ready for 11am on Friday, and the flood of youngsters. The Zone focused on 3 areas: a TRY-throw, to knock 7 balls off their stands; a TRY-pass, where players passed balls through holes in the wall, and a zone for passing games. Prize packs and signing sessions with Josh Lewsey and Jonah Lomu contributed to the populatirty of the Zone, and at the conclusion of the event, we estimate 1,500 players to have passed through.

Thanks to the HSBC staff, and the crew from Fasttrack, for their help throughout the week. 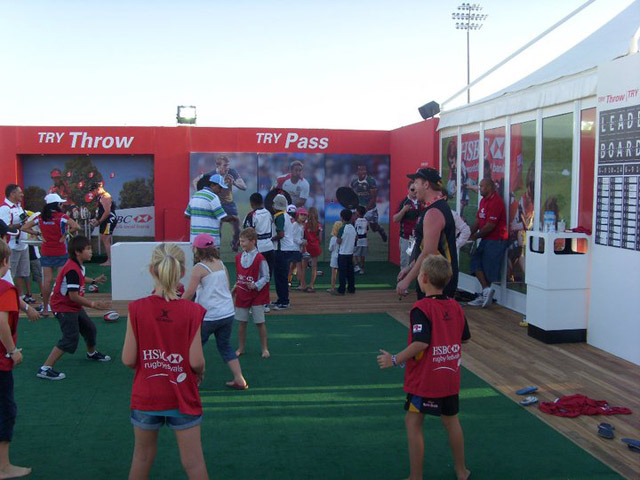 Fun games in the Zone 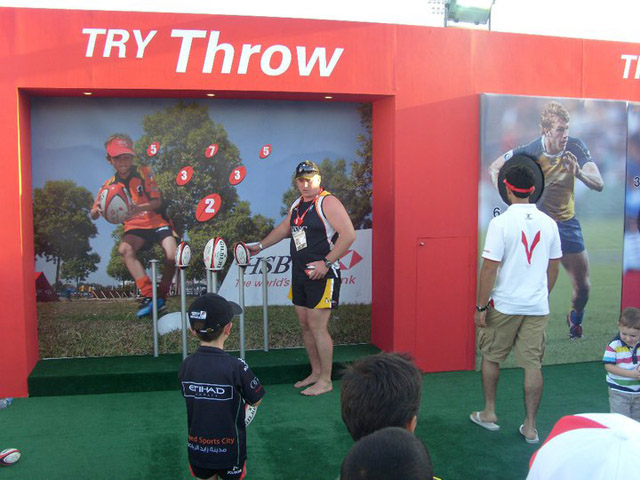 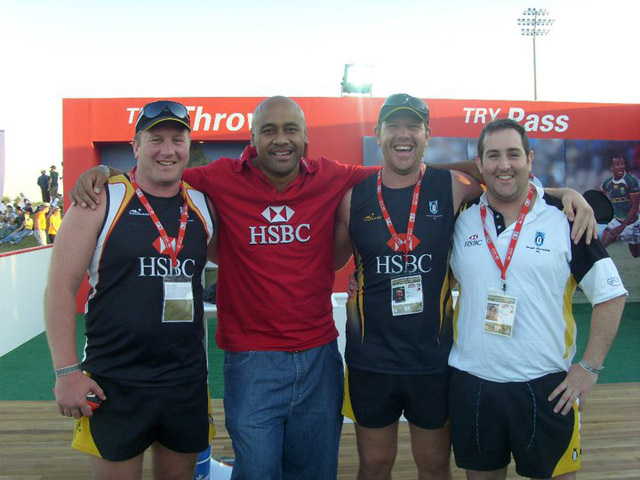 The Penguin coaches with Jonha - Ben, Jonah, Neil and Alex.