The festival was hosted by Doha Rugby Club, where 700 children, ranging from 7 – 16 years, and from across the UAE and Qatar, played a mixture of tag and contact games, as well as participating in the skills zone challenge. The latter involved evasion, passing, and tackling skills through a timed assault course, upon completion of which they were presented with various HSBC rugby prizes. Due to the large number of children passing through, as well as the short amount of time they had to take part between fixtures, the Skills Zone was the perfect coaching tool for this occasion.

Throughout the day both Penguin coaches made themselves available to all teams to help out with any aspects of coaching from warm up games to skills and drills, as well as running the HSBC Skills Zone. The rugby festival concluded with Qatar’s Doha Rugby Club winning the U8 age category, whilst UAE provided the winning teams in the other three age groups: the Arabian Knights - winners in the U10 and U12 age categories, and Dubai Exiles the victors at U14 level.

The day was wrapped up with a barbecue at the Club, where the children could watch Doha 1st XV play the Dubai Hurricanes 1st XV in an exciting cup final match. Doha won a very tight fixture and were crowned champions. This was a great opportunity for the children to share rugby stories and interact with team members, as well as watching a high standard of senior rugby. 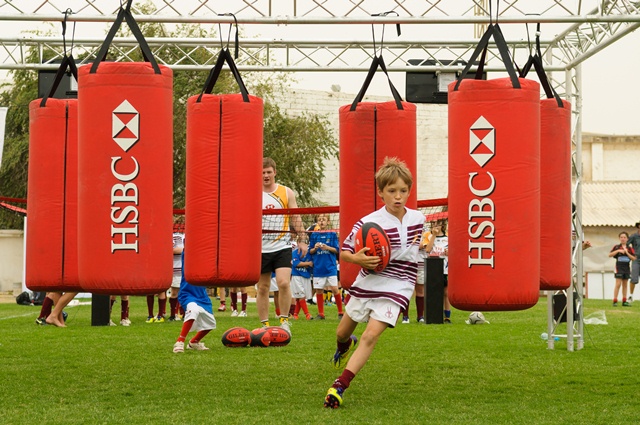 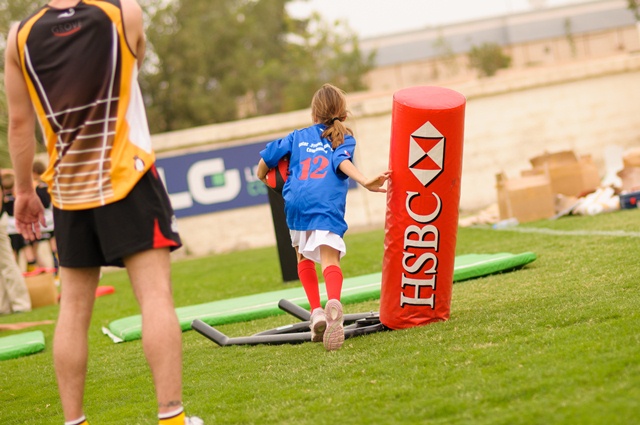