The HSBC Penguin coaches, Deano Herewini, Lynn Evans, and Chris Dewsnap, were tasked with assisting at the 7s Village in Dubai. The festival consisted of a number of matches between local teams, the Skills Zone, and individual team coaching sessions with HSBC Ambassadors and Penguin Academy coaches. The cornerstone of the Skills Zone was to introduce individual skills and fun. HSBC Ambassador, Jason Robinson's involvement was to display his skills to, and to inspire, the next generation. During the 2 days, 600 children (age 7 to 17) were put through their paces. 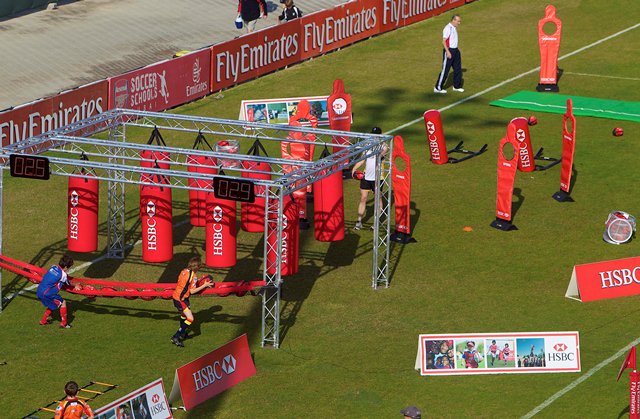 Everything ready, let’s have fun! 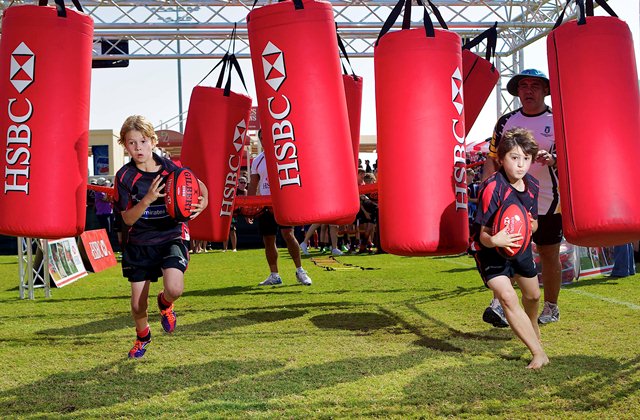 The youngsters show their skills under the watchful eye of the Penguin coaches. 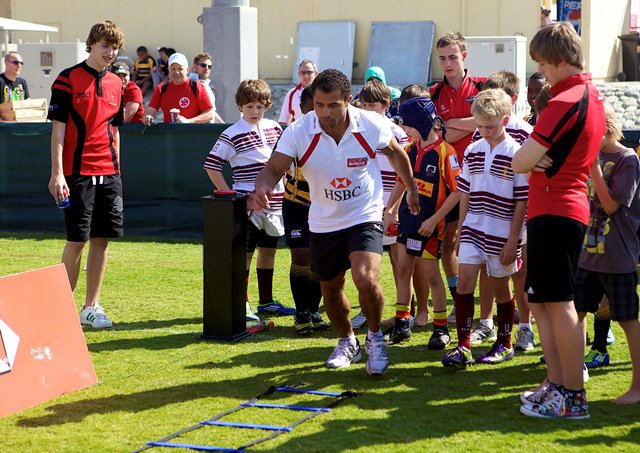 Jason Robinson shows how it is done. 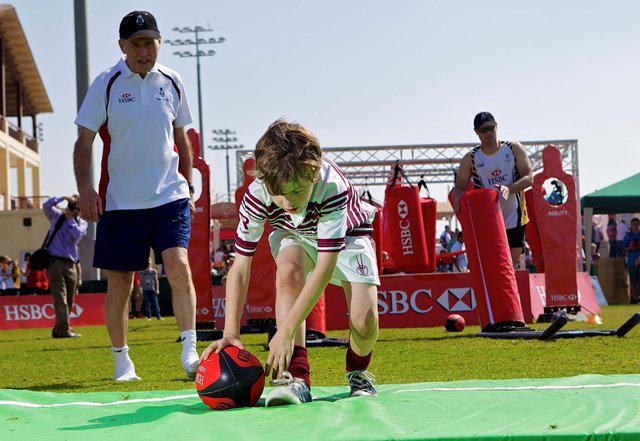 The most important bit, dotting down over the whitewash. 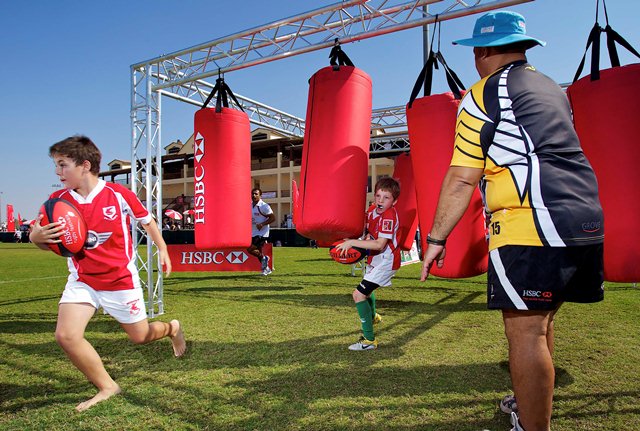