“A trip of a lifetime”, according to Craig Brown! It turned out be just that for Gary Henderson, Jan Sutherland and Tony Robinson of the HSBC Penguin Coaching Academy as the following “Tour Diary” suggests.

Penguin team arrive at Nandi – village tour, lunch followed by a visit to Sailosi’s village in Nawaka where we were greeted by his parents.

IRB Level 1 course in Sabeto Village – delivered to 17 candidates – and then treated to Cava session by the headmaster. In addition to level 1 the RFU Scrum Factory was delivered at the request of the candidates. We watched the local team train with the candidates and delivered the Scrummage course to them as requested. Overnight we were hosted by Headmaster Seta as guests in his home and for dinner – a wonderful experience (Master Terani).

Following an Ovaltine and egg breakfast in the village, a coaching session for youngsters was delivered by five of the Level 1 candidates from the previous day in Sabeto Village. Torrential rain did not discourage a coaching session for youngsters at the Vaturo school in Nadogo village, which was again delivered by the Level 1 coaches who were improving by the minute. Following a well-deserved refreshment with the Fijian coaching team or “Crazy Gang” as we had now christened them, we returned to Nandi and visited the sports club with Richard. Jan decided to go for a swim, while Gary and Robbo opted for vodka followed by Chinese dinner.

The IRB L1 course in Nandi at ISN was delivered under a blue sky with some help from the local gazebo! In addition to this, Scrum Factory and Line-out clinic were also delivered – which seemed to be a consistent request. One of the candidates and Crazy Gang member, Coroi, treated us to a Lovu – local delicacies of fish, chicken and root vegetables cooked on hot coals and buried under banana leaves & soil!

It was an early start to get the village boat to Mamanucas for a coaching session for students of the district high school however it had to be postponed due to non-arrival of boat. No worries as we were now accustomed to “Fiji time”! Another blue fibre glass boat was sourced and the 7 of us plus 2 crew headed off to a 10s tournament at Yanuya Island for a warm welcome, Cava ceremony and impromptu coach education session with sevens coaches who crave a Level 1 on the islands. Another boat trip with 2 metre swells for 40 minutes to Mana Island was worth it for a wonderful resort experience. 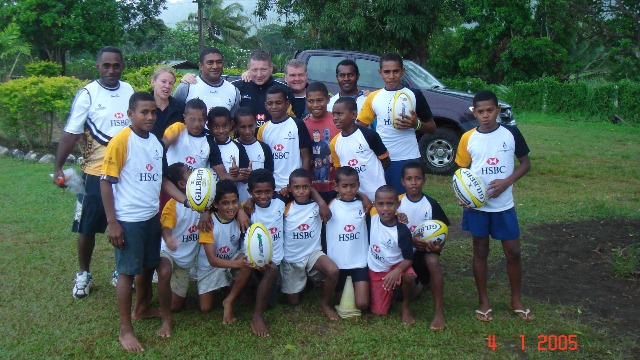 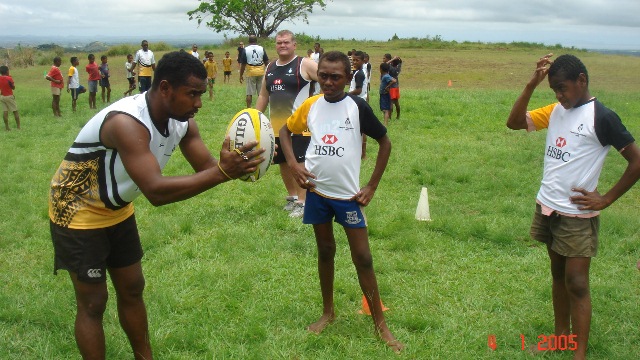 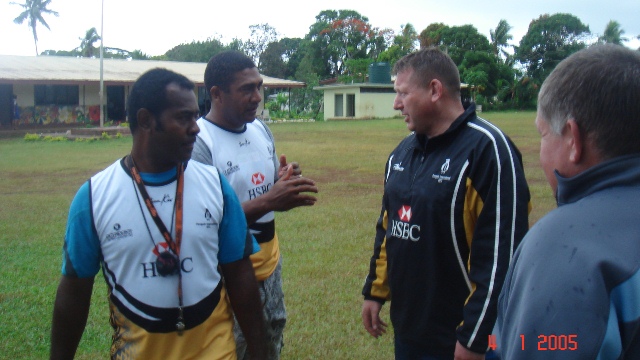 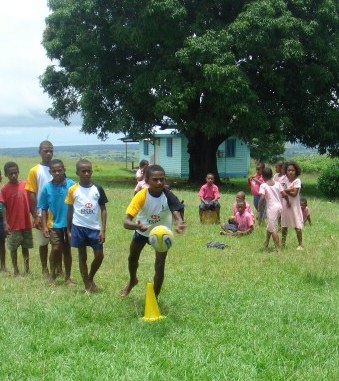 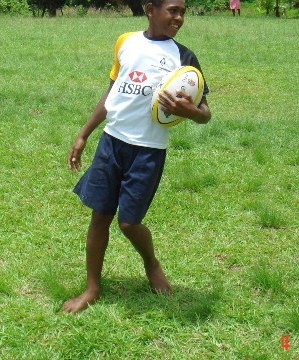 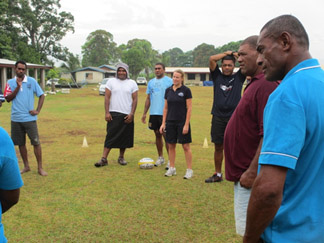 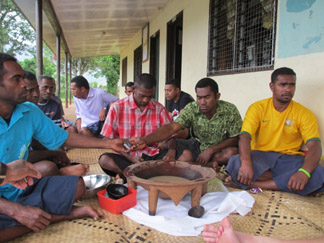 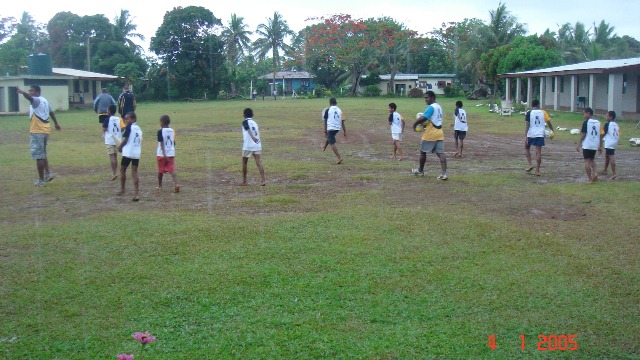 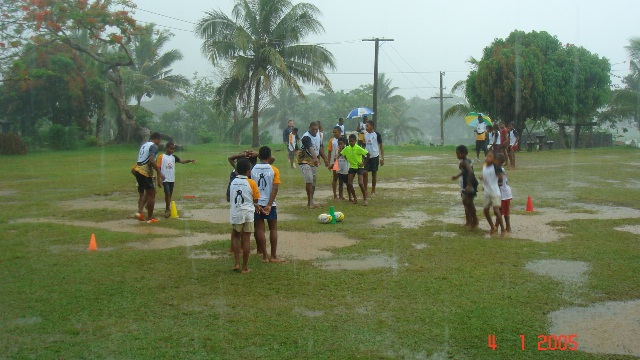 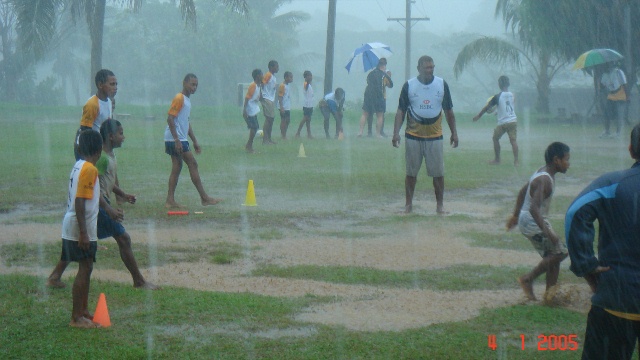 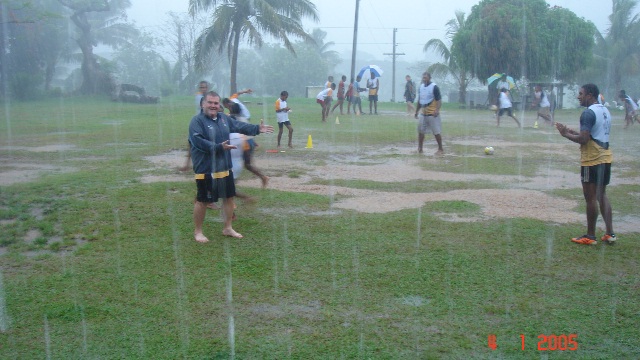 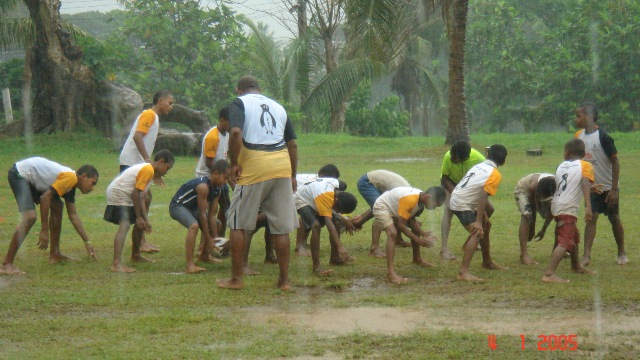 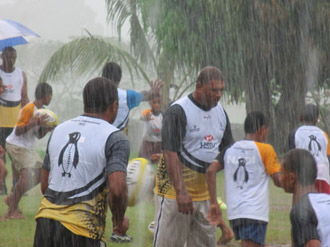 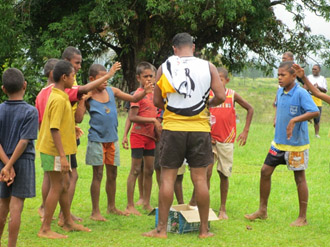 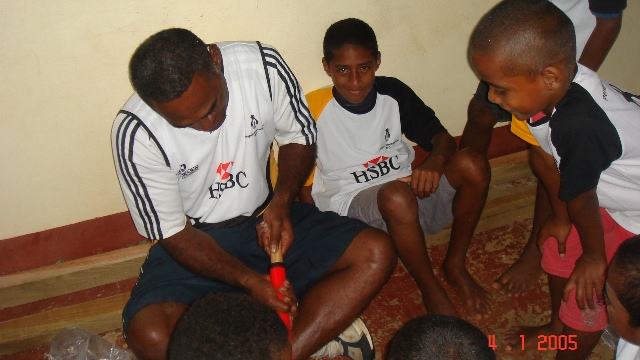 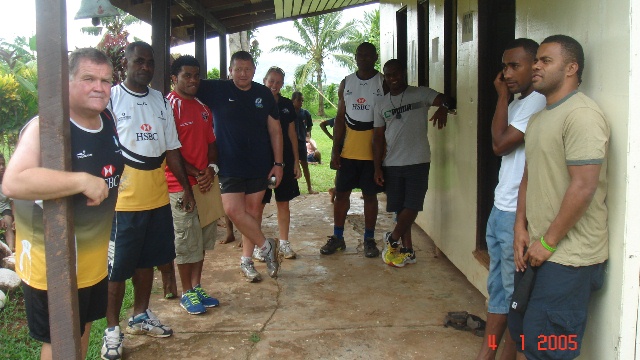 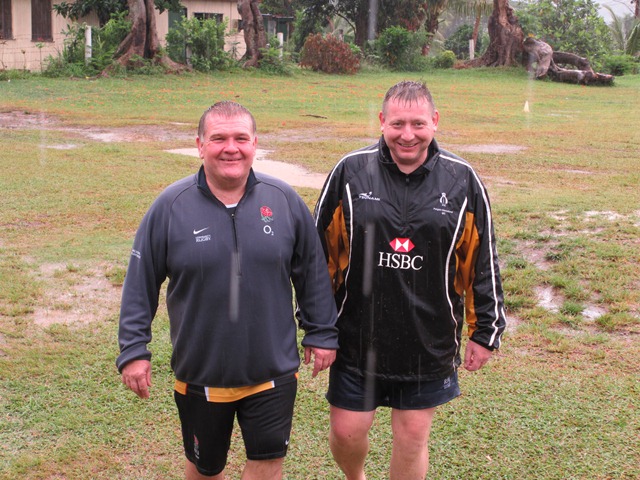 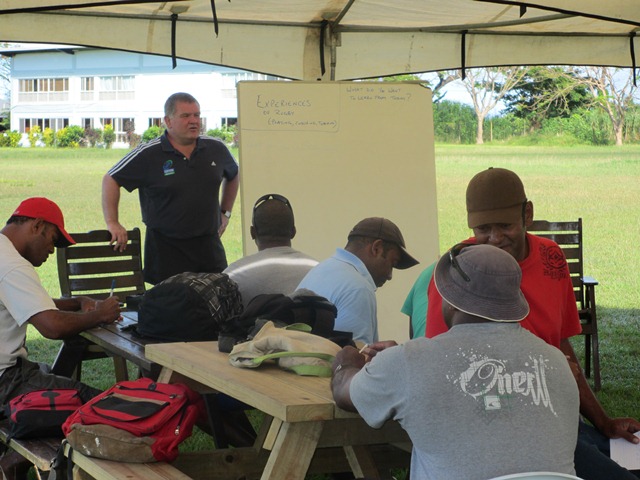 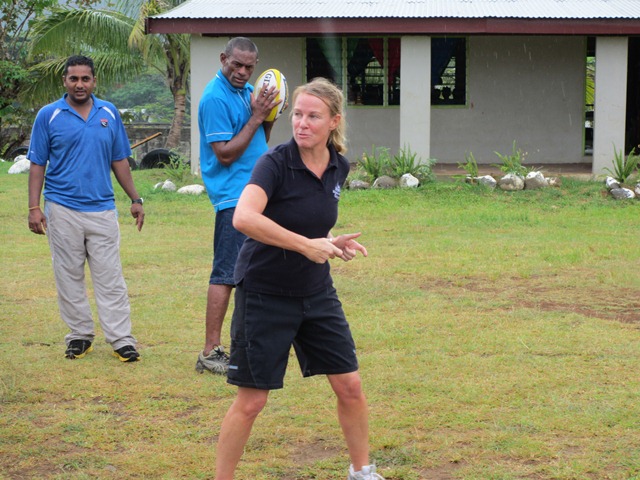 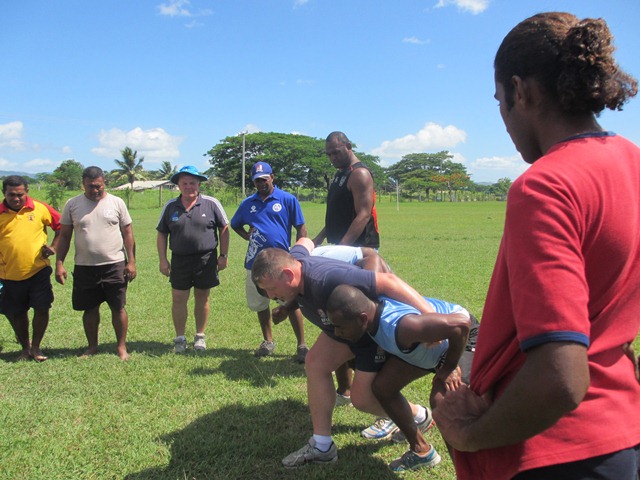 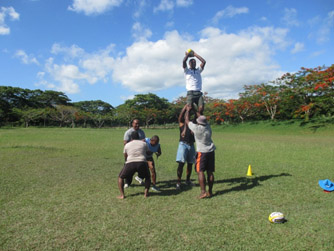 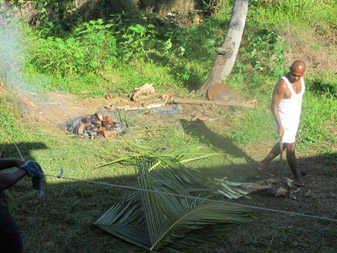 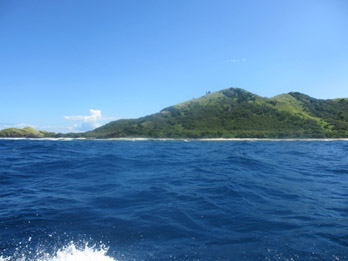 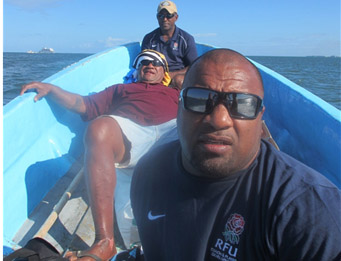